A Chronological Sequence of Information on its History.

The Railway Hotel was almost certainly built as a private house, probably in the 1820’s – although there is a reference to the house being built in 1810. Originally it was called ‘Corunna House’, named after the battle of Corunna during the peninsular war where the British helped to prevent Napoleon occupying Spain and Portugal. In this battle, the heroic British commander Sir John Moore was killed. However, no connection can be found between Sir John Moore and the locality so the name may have been simply a patriotic gesture.

The map of 1820 shows no house and the access, now Station Road, as a path to Watledge where it still today emerges as a footpath. The house is sufficiently grand that it should have had carriage access but the Watledge path ran over a substantial section of Egypt Mill pond and so it is difficult to see where wheeled access went. A present path to London Road may then have been wider. The river courses seem to have shifted around in this area as the mills developed, but the present house curtilage fits reasonably well in the crudely drawn boundaries of the map. Information has been found identifying the owner and builder of Railway Hotel as the son in law of the successful owner of one of the Nailsworth mills that lay close by. This is detailed later. 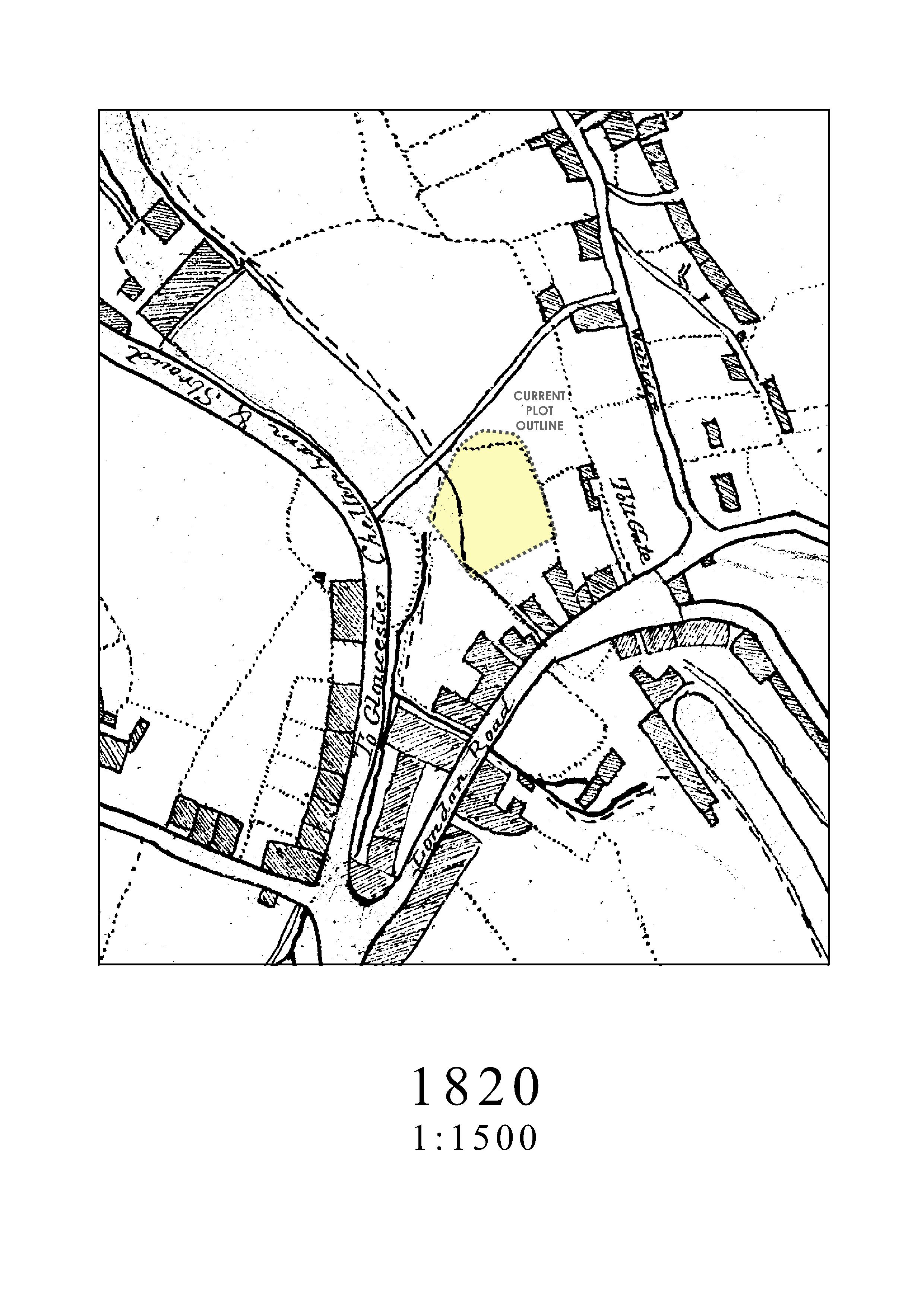 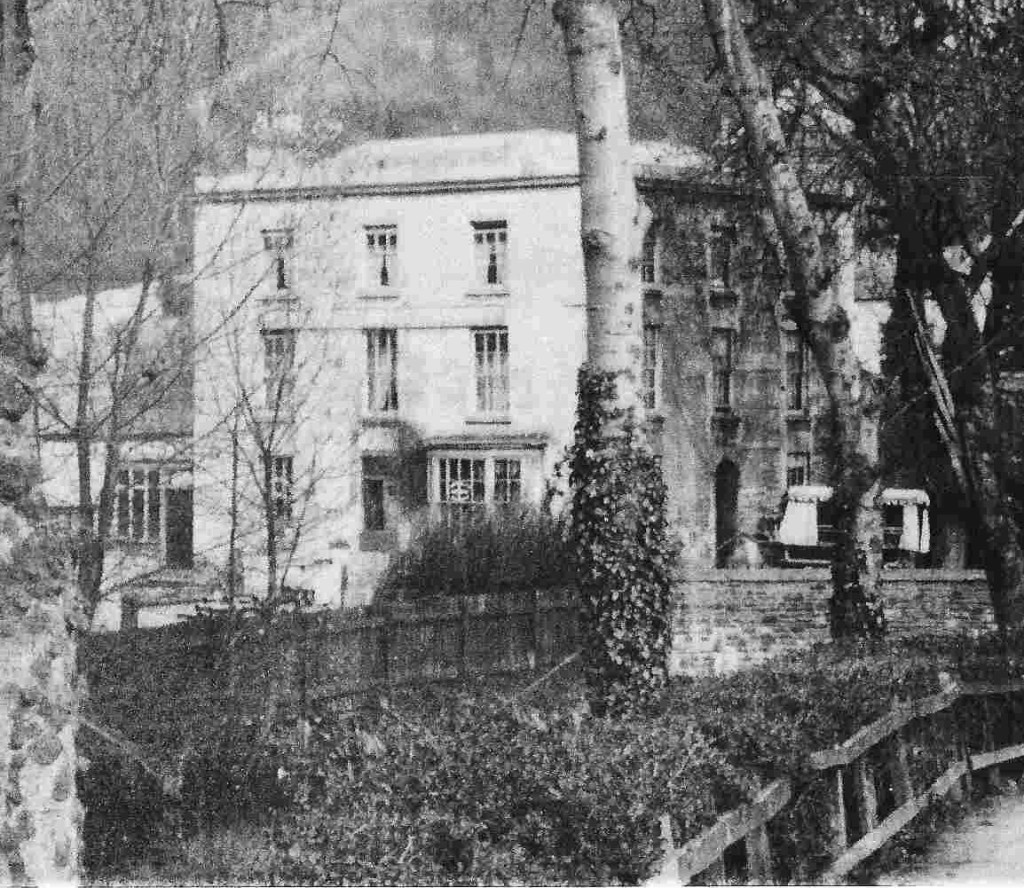 Corruna House is believed to have been built around 1810, by Edward Bernard, the son in law of John Heskins, owner of Nailsworth Mill. However the 1820 map does not show a property on the site. It is believed that Edward Bernard committed suicide in the property when the business failed and Nailsworth Mill was sold on. In 1839 the Minchinhampton Allocation map registers the property as Plot 907 – House and gardens, however it is believed that the property ceased to be a private house in 1841, becoming a Bus and Truck stop. This could explain the single storey wing with a large window and door commanding entry into the rear yard. The property also housed the town hearse, however no evidence that the property was used as “mortuary” has been found.

The next listing of ownership of the property is in 1958 with the Stroud Brewery Company and it is understood that the property traded as a Public House and Hotel up until the 1970’s. Matthew and Rene Hanratty were registered as the last landlords. The property was then brought by Bevil Seelig who rented the property out as flats. On 17th July 1980 the Railway Hotel was listed (grade 2). 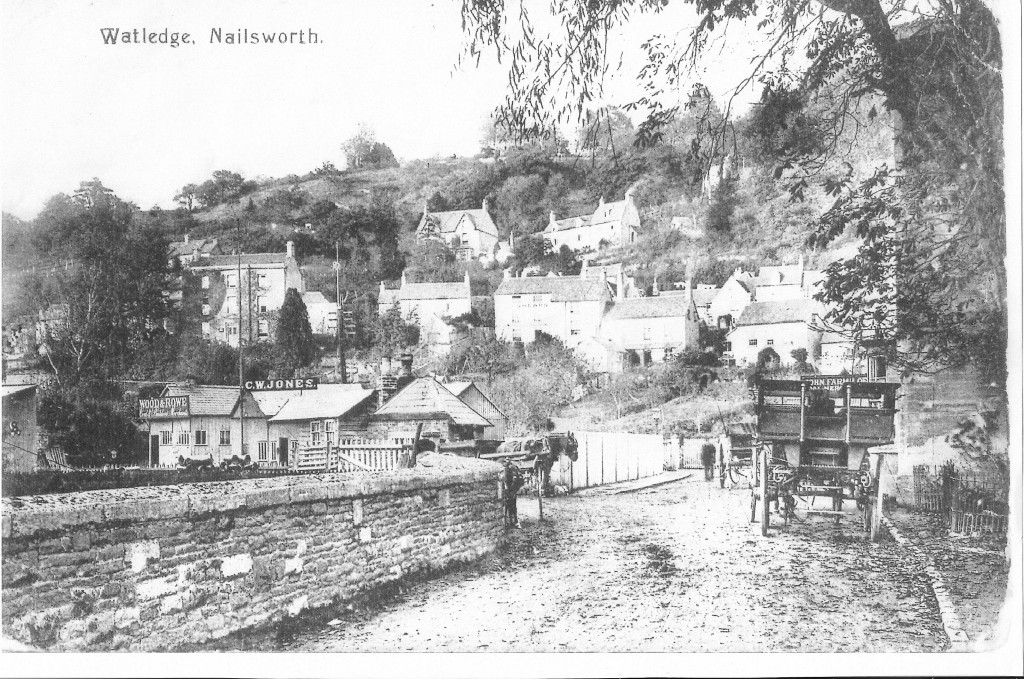 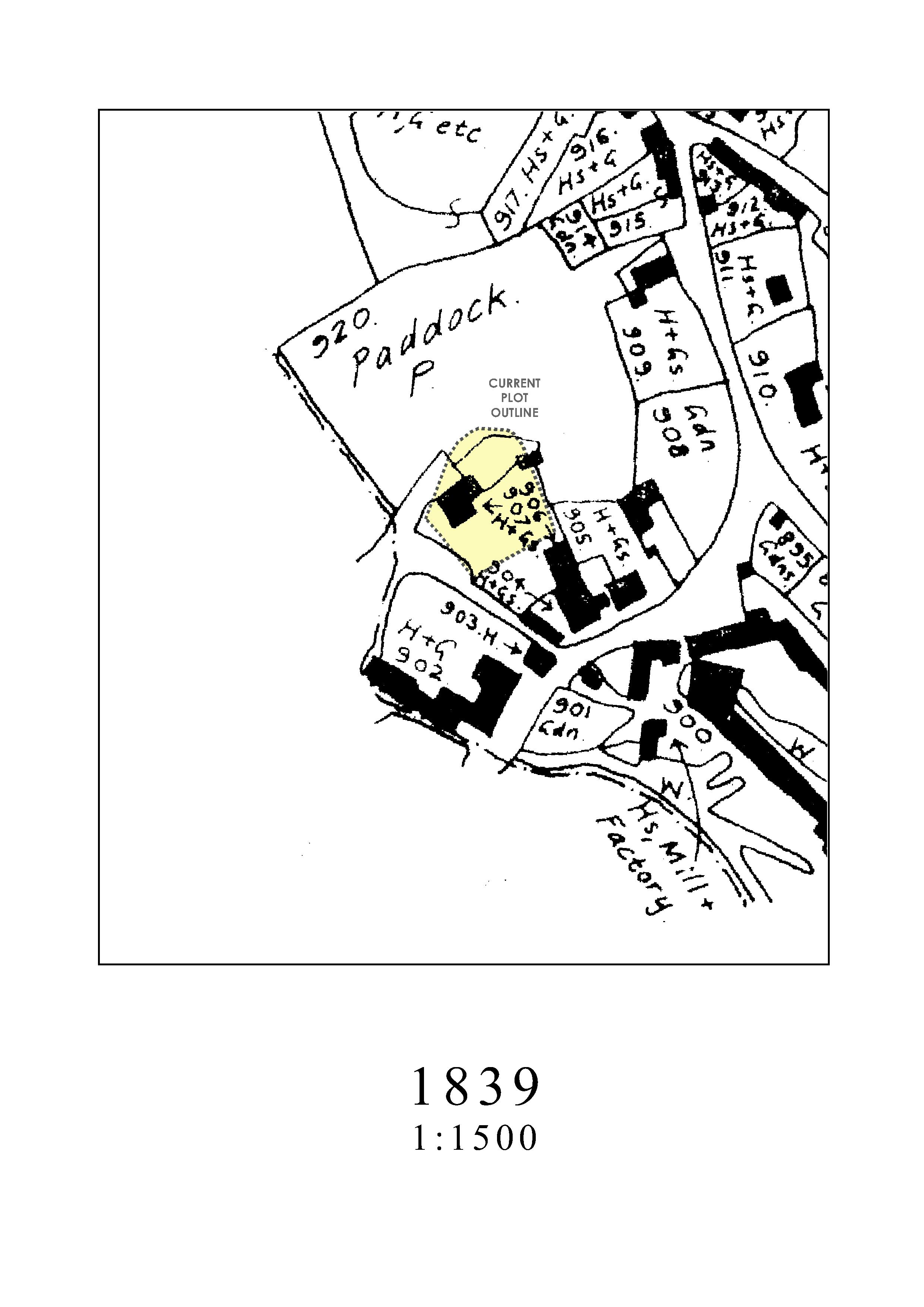 Here the building appears for the first time, although local property boundaries are mysteriously different from the 1820 Map and later ones. The footpath to Watledge is also missing. The map listing as property 907 shows it as ‘H+G’ no doubt House & Garden. The location is certain because of the dotted boundary (parish?) also shown on the 1820 and 1882 maps. Water courses are however a little vague and only sometimes shown as ‘W’.

No further maps have been found covering the next 40 years. However three photographs offer intriguing hints of developments (see below). The railway arrived at Nailsworth in 1867, and at some time between then and 1882 (see map) the house became a Public House and possibly an Hotel. 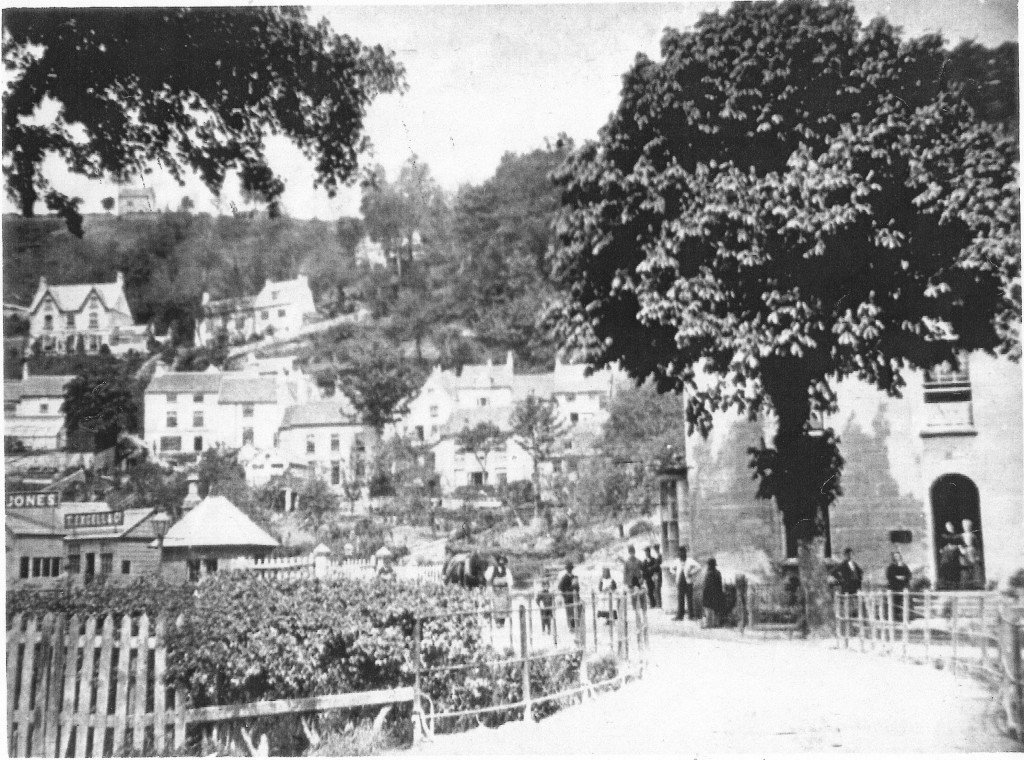 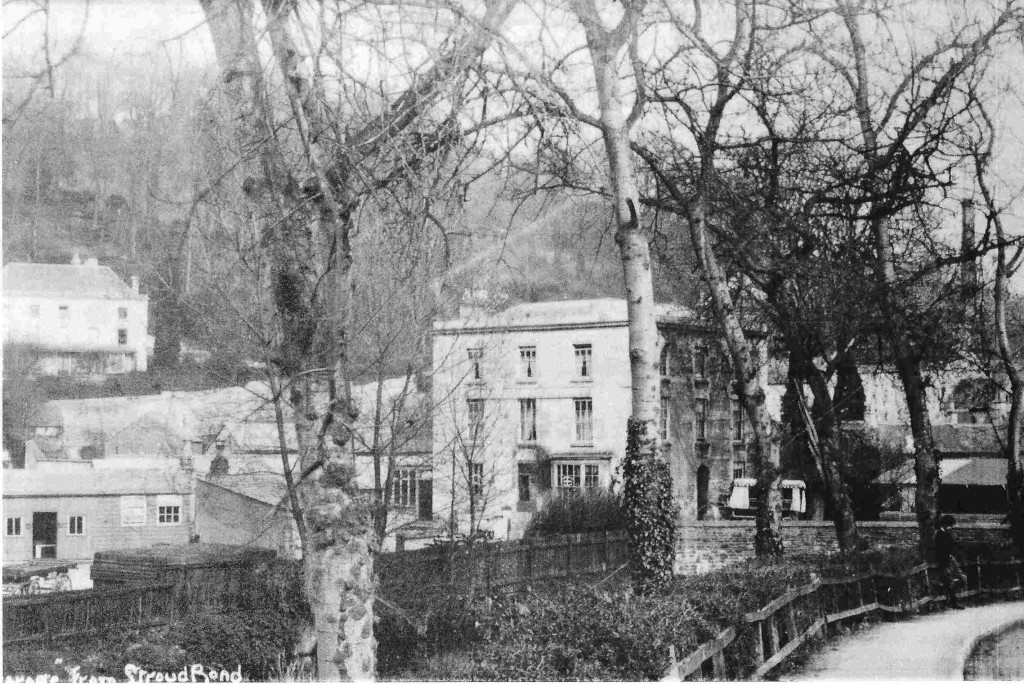 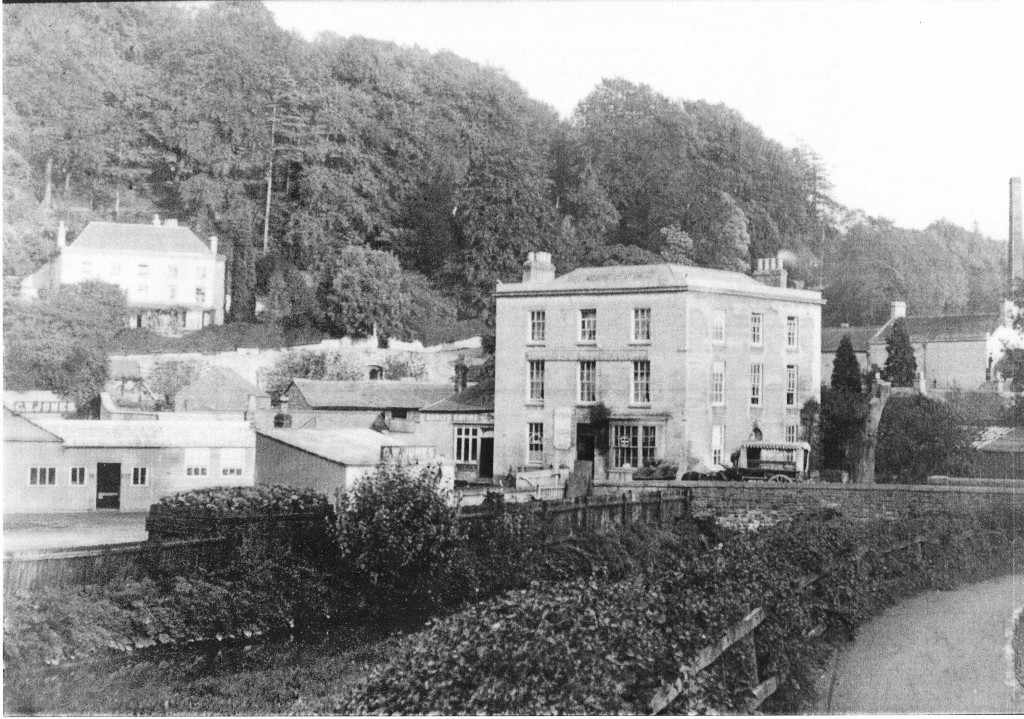 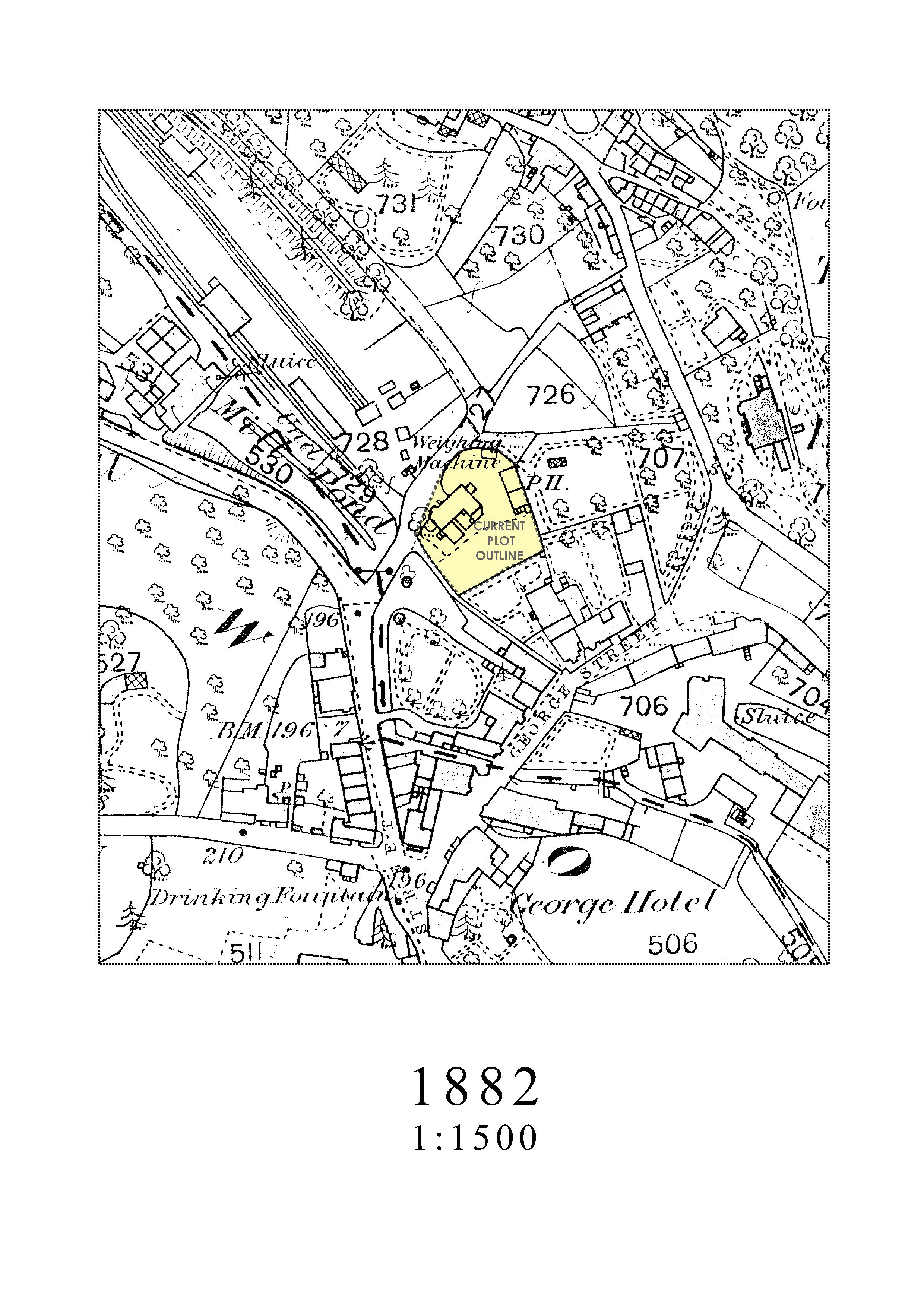 his shows the completed railway infrastructure, including the embankment intended to extend the line on to the South coast. However this is shown with an unlikely collection of trees implying that the original surveying and drawing may have pre-dated the embankment and this was a later edition. Railway Hotel is clearly marked as a Public House. It may also have had some hotel accommodation. The Railway Hotel is strangely drawn, in contradiction of the current ‘L’ shaped plan. No other information concurs with this. Roadside outbuildings are not shown, although they do appear on photographs. 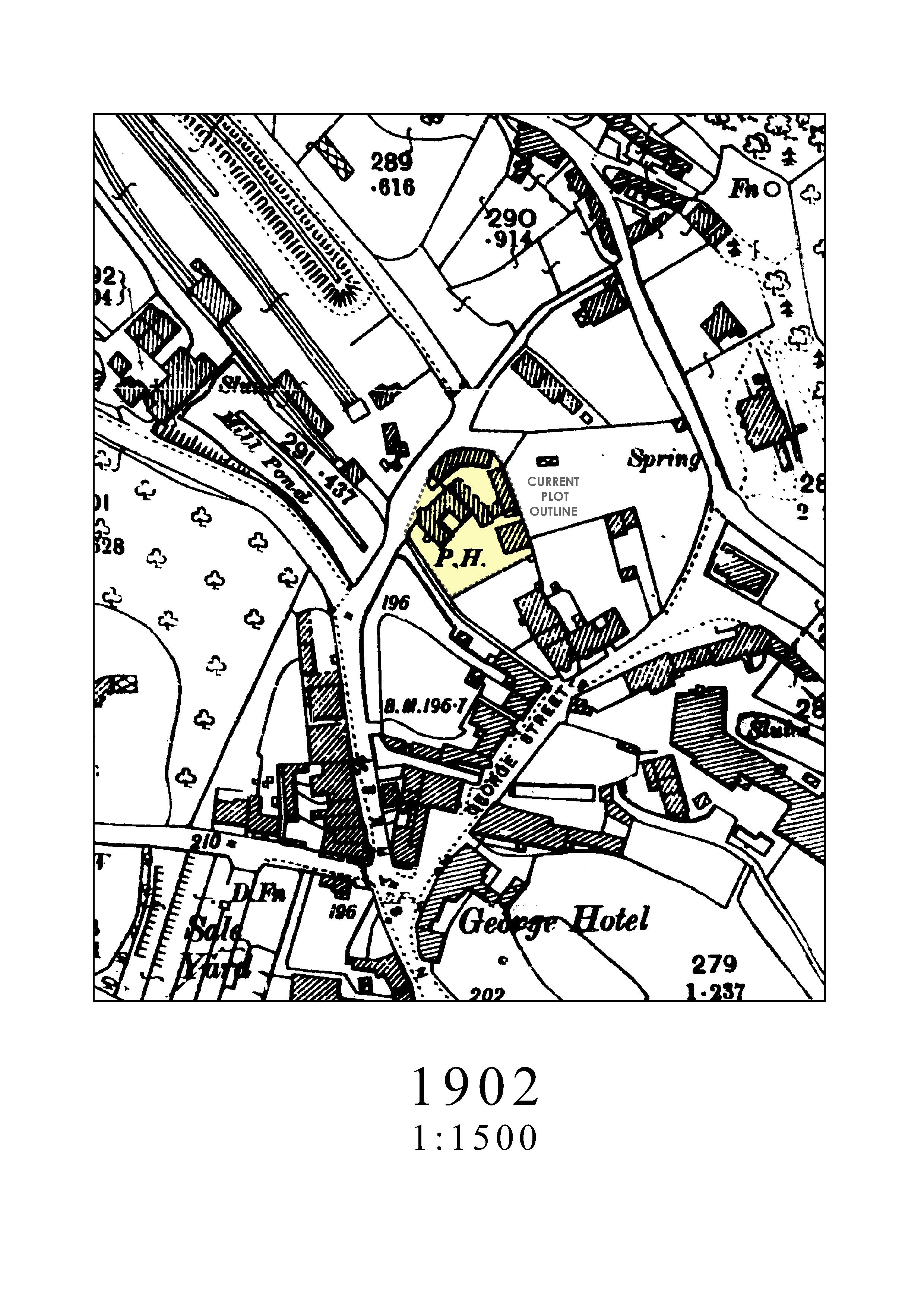 Outbuildings have increased but little else has changed.
The designation is still only PH. 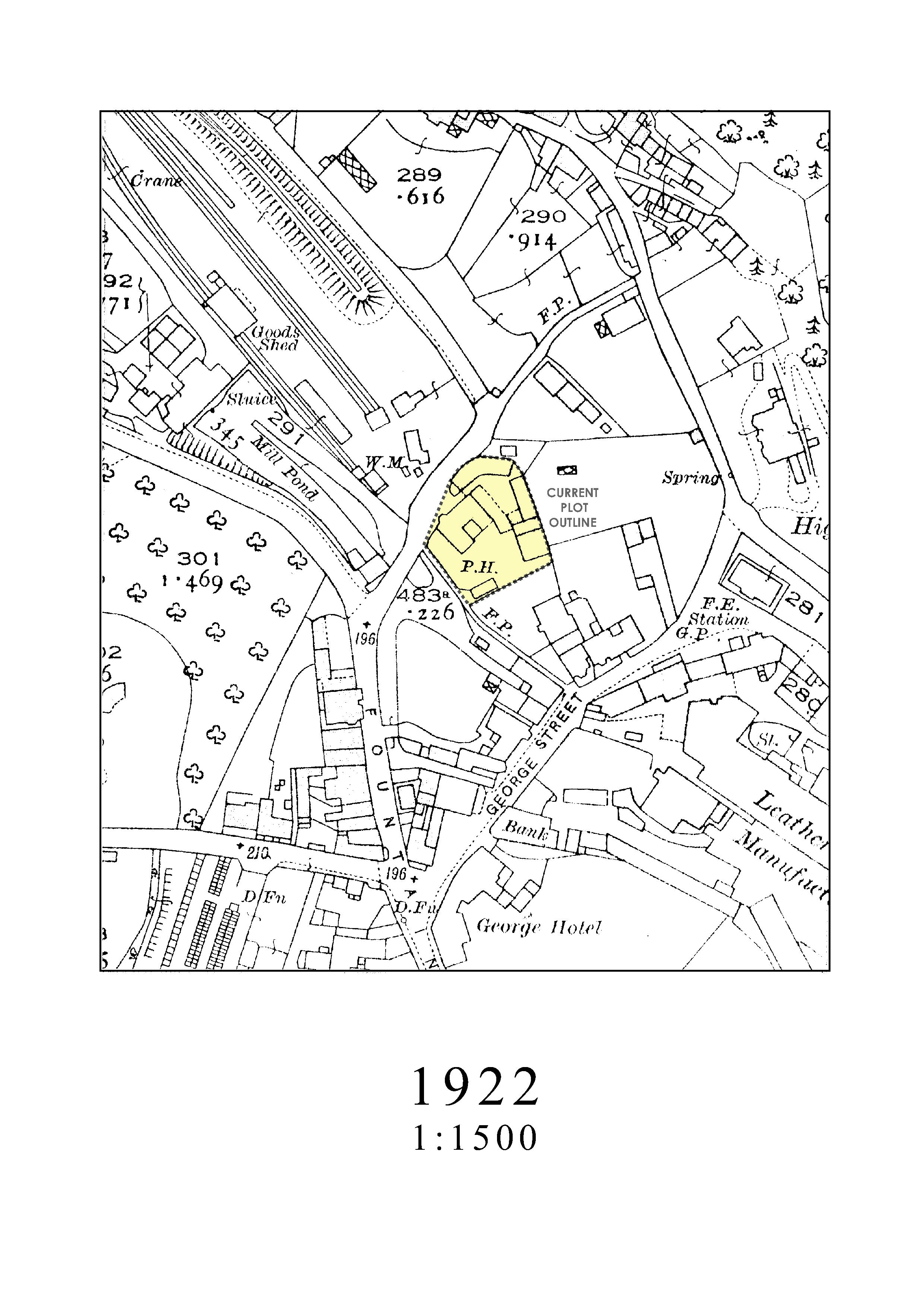 Outbuildings have increased again but little else has changed.
The designation is still only PH.
Egypt Mill pond seems to have silted up a little, so that Station Road bridge, instead of crossing the pond now appears to cross two tributaries or the river as it does now.
Howard Beard 25 9 1956 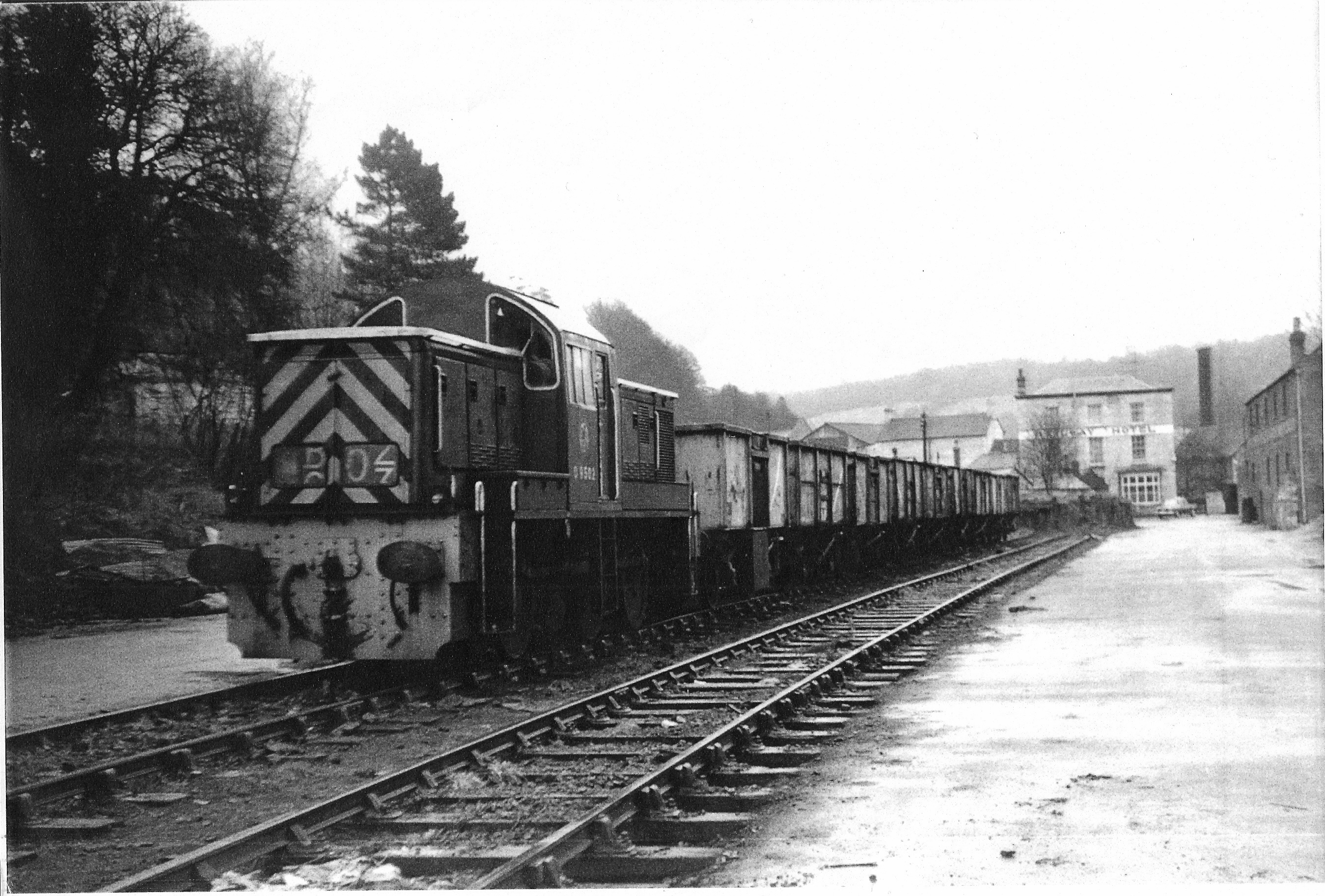 Extensive searches have revealed frustratingly little information, the dates of significant changes are hard to find.
Photographs of the railway frequently incidentally show the Railway Hotel in the background and we include a selection here. 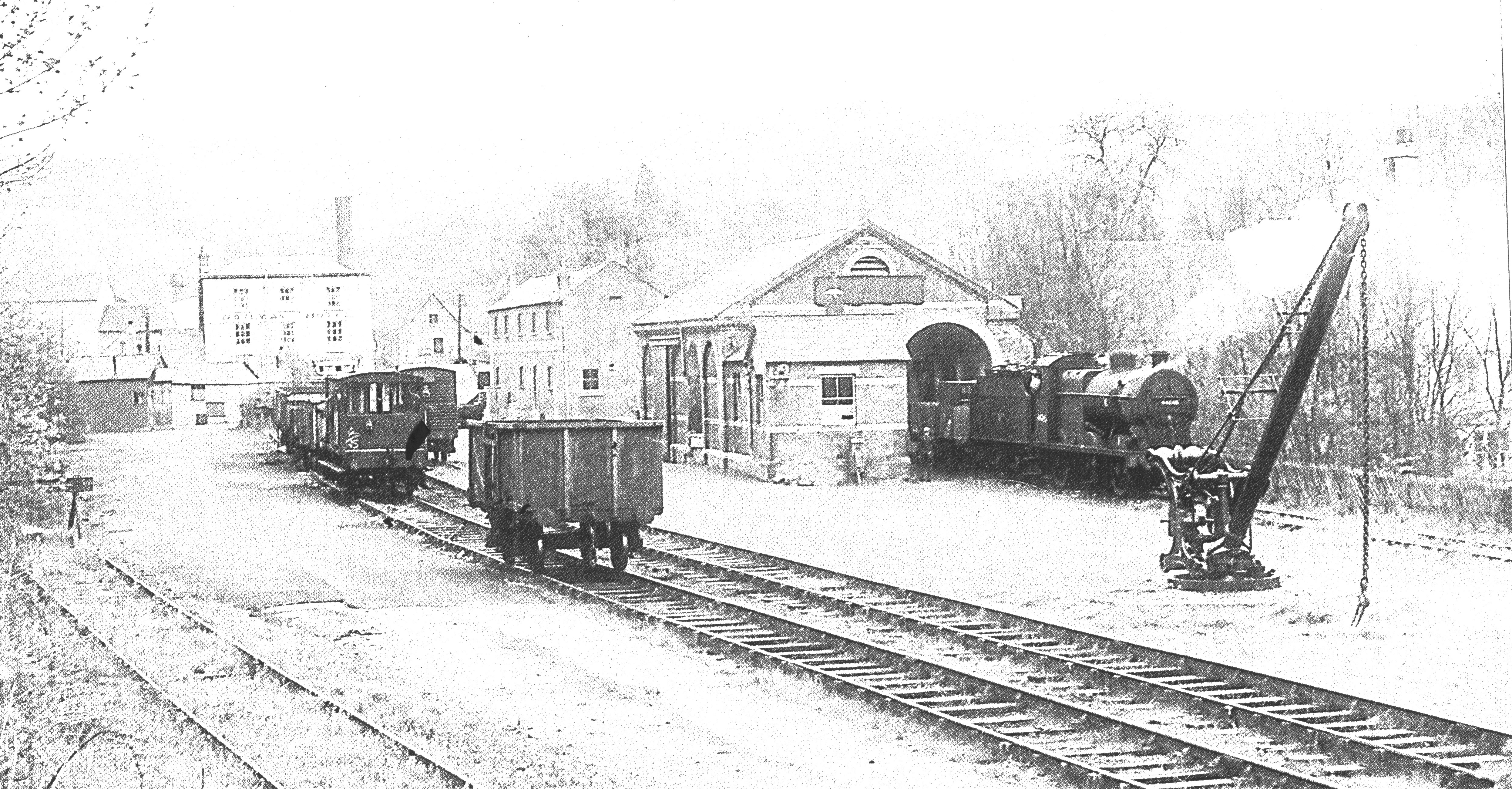 Overleaf a copy of a 1936 application to connect a new WC to the sewer gives tantalising information on the internal layout but no help on the original stair position, which is strangely not shown.

The current painted-on Railway Hotel signs can be seen on a 1936 photograph, so at this date it was certainly an hotel. The original front door appears as a window in the sewer plan so by this date at least it seems as though the access had switched towards the railway completely. The access runs past the bar area enabling staff to monitor all coming and going. The stair could have just about have remained in the area inside the original front door.

It is hoped that more information on the original internal layout will be revealed by repair and alteration works. 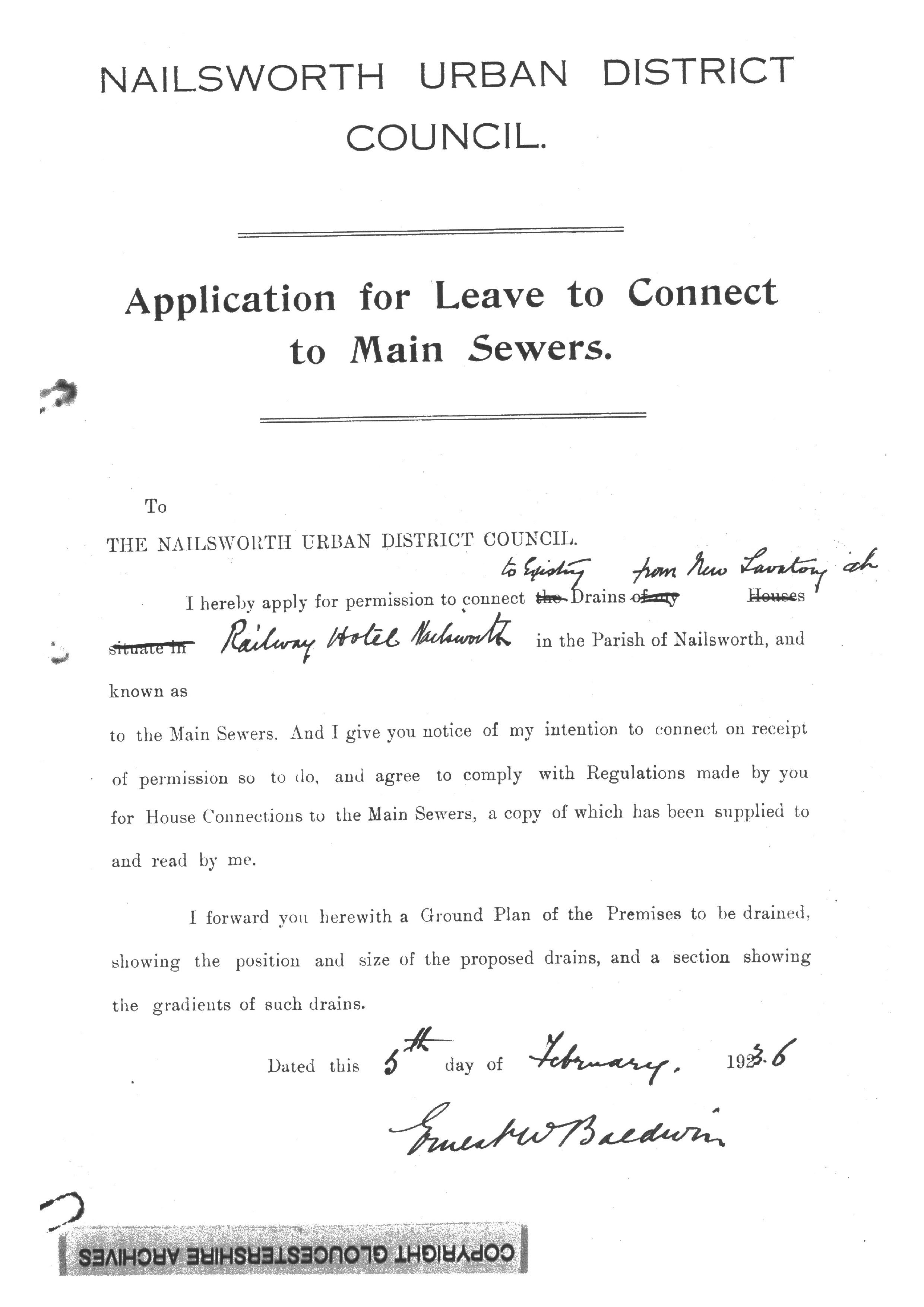 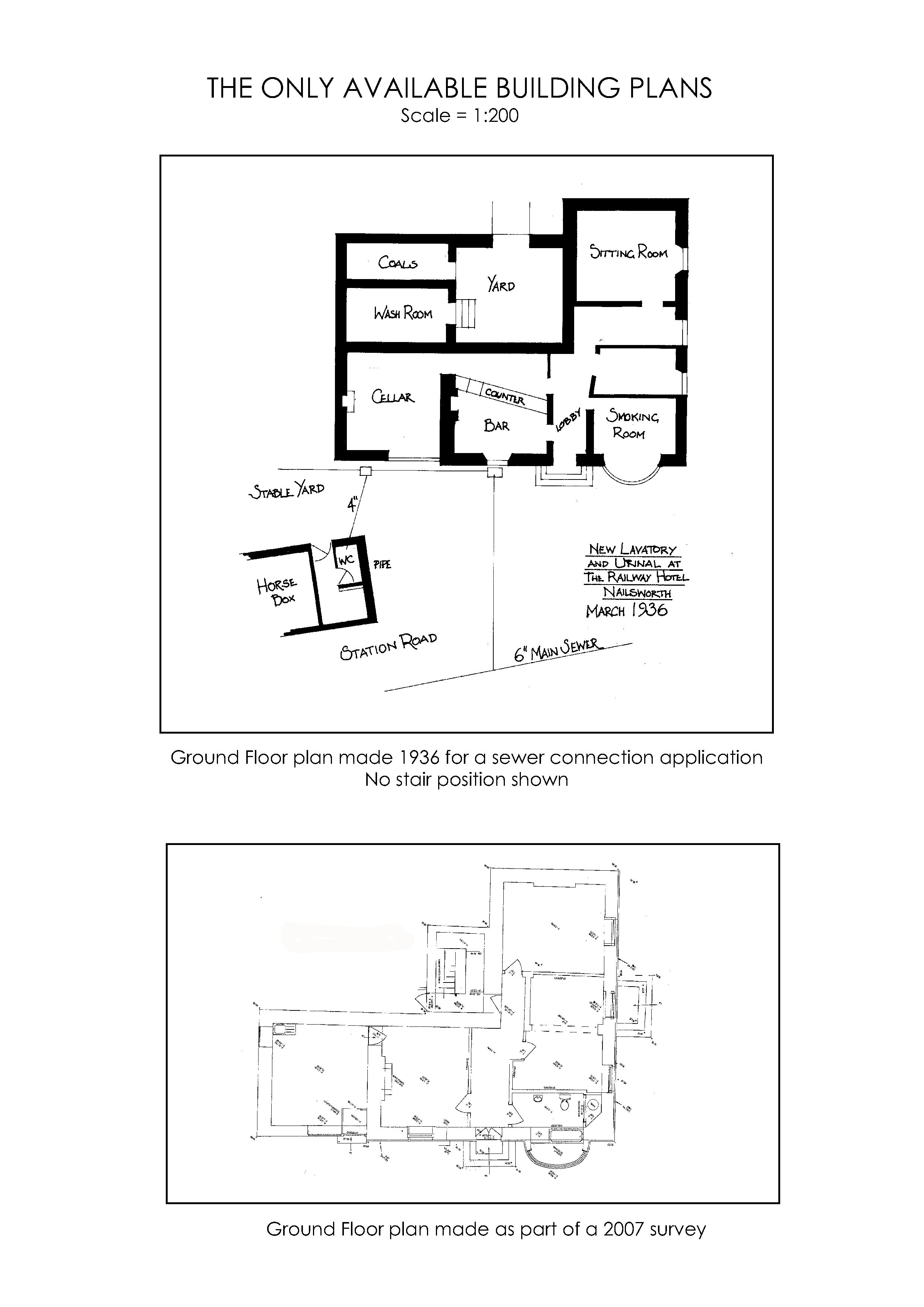 Stay in touch with all the latest news and events

Where to find us

How to find us